Our students have been busy Scientists at work using their creativity and problem-solving skills as part of the Global Cardboard Challenge by Imagination Foundation.

The theme of our August camp was Cardboard Invention with Physical Science where our students observed and experimented with Simple Machines, Kinetic Energy and Force.

During Orientation, students were taught how an object’s motion is governed by forces known as pushes or pulls that give energy to an object. 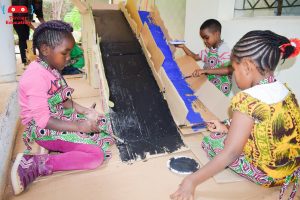 The Lion Team tested the effects of Force: Gravity and Weight on a vehicle by creating a Compound Machine Parking Deck.

The Lion team was very excited to make their own car designs based on images they found online. 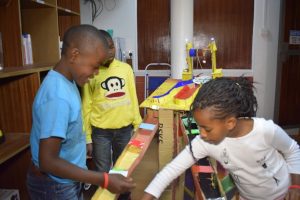 The Cheetah Team tested the effects of Force: Gravity, Friction and Weight on an object’s speed by creating a Marble Run.

The students enjoyed making their own timer using the Micro:bit pocket sized computer to determine which marbles reached the finish line the fastest.

The teams showed great creativity in designing their highways and cars.

They worked together to test their hypotheses, present to parents and later enjoyed playing with their projects.